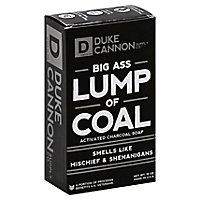 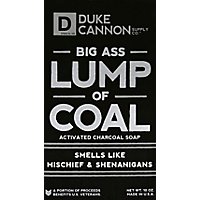 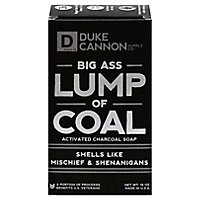 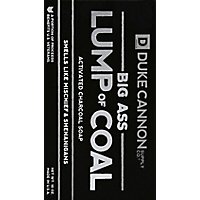 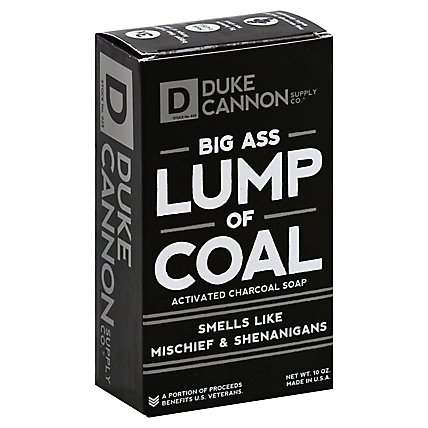 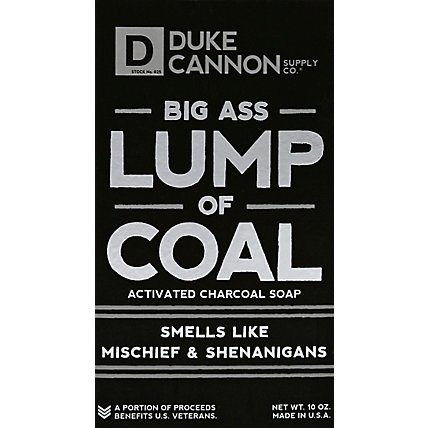 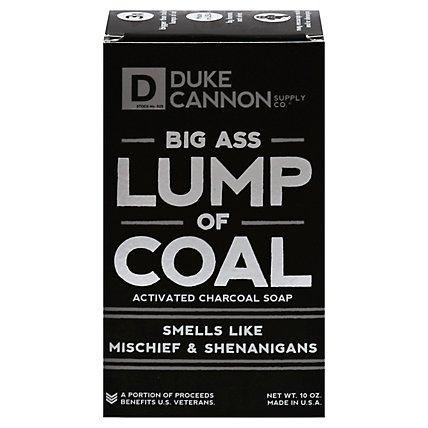 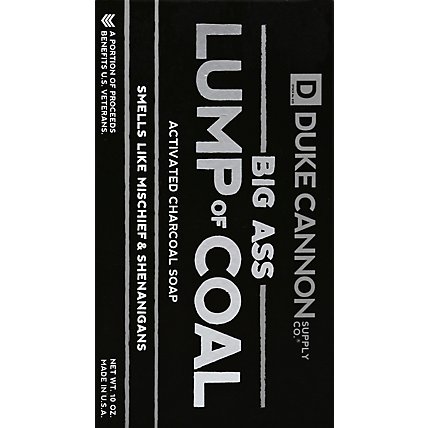 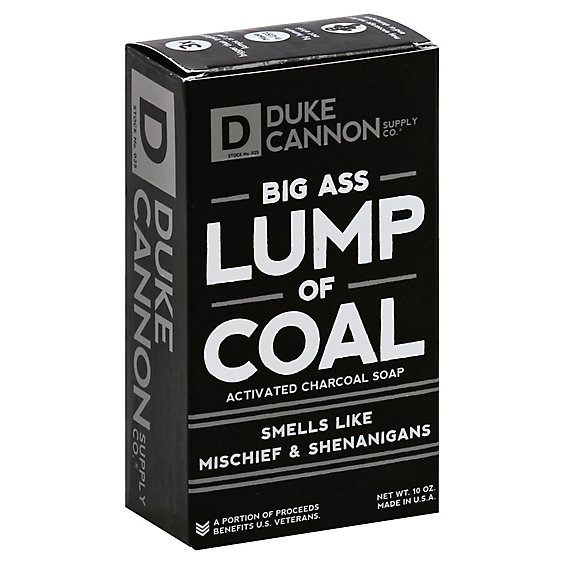 Smells like mischief & shenanigans. 3x bigger than traditional lumps of coal. Made in USA by humans not elves. May encourage mischief and/or shenanigans. Duke Canon Always Makes the Nice List: Legend has it St. Nicholas used to reward misbehaving children with bundles of twigs, bags of salt, and strings of garlic. Considering these alternatives, a lump of fossil fuel doesn't sound half bad. Duke Cannon honors this holiday tradition with his Big Ass Lump of Coal - a premium soap formulated with activated charcoal and featuring a masculine bergamot, black pepper scent. It's the best way to clean up after mischief and shenanigans. Military Specs: Inspired by soap used by GIs during the Korean War. Tested by active duty US Military personnel. Made in the same plant that supplied Korean War troops. A portion of proceeds benefits US veterans. Made in USA.

Already have an account? Sign in
Place order by {{checkout time}} to get it by your selected delivery time.
Welcome We’ll need to set up your preferences to get you started with your first Schedule & Save order.
Continue
Scheduled!
We will send you notification through email when your order is in process. Click on Manage to visit your Manage Schedule & Save page for more details.
Continue Shopping