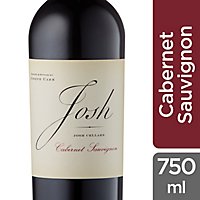 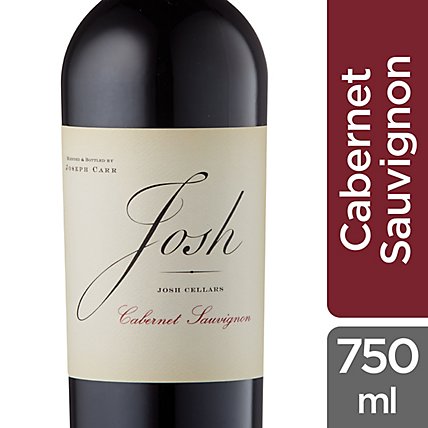 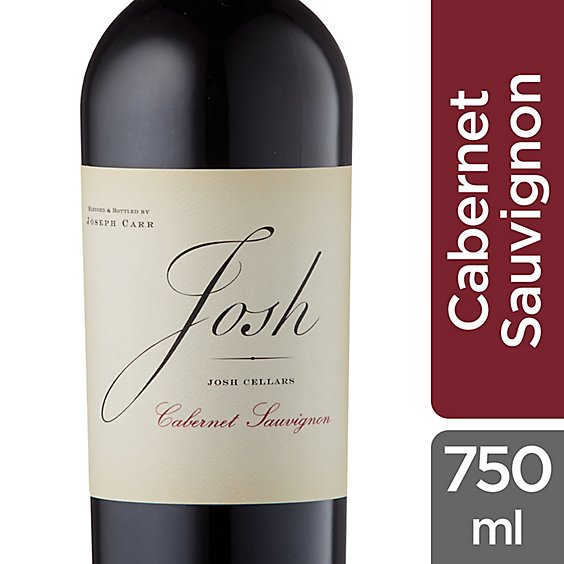 Cabernet Sauvignon was the first wine Josh Cellars ever made. This is the red wine cabernet that started it all, setting the exacting standards that the brand holds itself to for all varietals. Round and juicy, Josh Cellars Cabernet Sauvignon is a California wine that has flavors of blackberry, toasted hazelnut and cinnamon, complemented by hints of vanilla and toasted oak. Josh Cellars works with California's best growers to source and assemble wine of great character and complexity. Pair this red wine cabernet with well-seasoned meats like beef, pork, or lamb, and indulgent chocolate desserts. The 2016 vintage of Josh Cellars Cabernet Sauvignon is rated as one of the top 5% of wines in the world by Vivino and the 2019 vintage was awarded 91 points by Wine Enthusiast. A Josh Cellars Cabernet Sauvignon bottle of wine is 750 ml and 13.9% ABV. Created by Joseph Carr and named after his father, Josh Cellars makes high-quality, well-balanced, delicious wines that are expressions of gratitude grounded in hard work, high standards and the recognition of others. Josh wine is worth sharing with those who matter.

Already have an account? Sign in
Place order by {{checkout time}} to get it by your selected delivery time.
Welcome We’ll need to set up your preferences to get you started with your first Schedule & Save order.
Continue

Sorry for the inconvenience. Please try again
Scheduled!
We will send you notification through email when your order is in process. Click on Manage to visit your Manage Schedule & Save page for more details.
Continue Shopping